Showing posts from 2015
Show all

Bahamas Human Rights: When Women are treated less than dogs 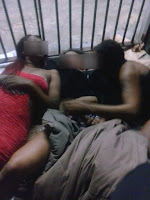 I got this email from our Women's Issues Network whom share the concerns of the Bahamas Women's Watch group. In their release it stated,"Bahamas Women’s Watch condemns the unwarranted arrest of 11 Jamaican women on the weekend in a police anti-crime operation at a sport’s lounge in New Providence. Police claimed the women were at the sport’s lounge for the purpose of solicitation for prostitution and suspected they were in breach of the Immigration Act; however, these claims were proven to be completely unfounded. While detained with no charge for two nights, the women were subjected to degrading conditions and contemptuous verbal abuse by officers of the law. It was only after the aggressive intervention of attorneys, women’s rights advocates and the Jamaican Honourary Counsul, Patrick Hanlan that the women were finally released."

The release calls for a cease and desist notice. It reported further: "When dozens of police officers d…
Post a Comment
Read more

Amplifying Quiet Diplomacy at CHOGM: A Belize Report on TCEN

Posted, November 27th, 2015
The work of the Commonwealth Equality Network started 18 months ago, which included circulating a Collaboration and Consensus a report on mapping out the Commonwealth unique characteristics for political engagement. This included having meetings at the Royal Commonwealth Society Building, meeting parliamentary leaders individuals, assessing international reports and sharing knowledge about the structure of the Commonwealth secretariat. The process of political engagement is sometime tedious and boring, but it was clear with the leadership of Alistair Stuart and with support from Kaliedscope Trust the work at CHOGM slowly took shape with a clear vision of how engagement was to take place. Like all things, ideas of engagement  evolve from a myriad of places. The Doughty Street group, of the UK, helped to facilitate reflection and leadership to act in international spaces and activists refining the engagement process to its finality. 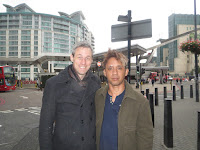 Literally upon arriving at the Lodge, I had my first meeting with the a representative of GLAAD, Ross Murray who met me in a little restaurant around Vauxhall Lodge to talk about communication support in North America.  Yes, my face looked like how I felt which was tried, but we managed to get an hour long meeting in before he had to leave. This effort was coordinated by Kapil Gupta of Human Dignity Trust, an effort, I had no regrets making on time.

Belize was asked, as well, to make a short presentation at a cocktail in private home in London in 2015, regarding LGBT response in the Commonwealth  at the request of Kaleidoscope Trust. It was small, but important gathering for it set the stage for a week long engagement with the All Parliamentarian Party Group and builds on previous efforts through the Human Dignity Trust in 2014 as part of a panel.

People Say I am Mental...Belizean Art with a message