Showing posts from June, 2012
Show all

Antiguan Bishop not oppose to decriminalisation

- June 28, 2012
Catholic bishop not opposed to decriminalization of buggery By Brenton Henry - Saturday, March 3rd, 2012. St. John’s Antigua- The head of the Roman Catholic Church in Antigua & Barbuda has revealed that he is not opposed to the decriminalisation of buggery on the basis that adultery, which had been illegal, is no longer an offense against the state.
“The argument to decriminalise can be justified in the sense that adultery was on the books as a criminal act and it has been decriminalised. It is to the same extent that buggery can be decriminalized,” said Kenneth Richards, the Jamaican-born bishop.
He hastened to add, “but that does not make adultery or buggery right.”
Bishop Richards said in an interview with Observer Media that the decriminalisation would also help reduce discrimination against individuals perceived to be of the homosexual orientation.
He said the bigger issue which needs attention is irresponsible sexual behavior.
“Someti…
Post a Comment
Read more

The Kingston Archbishop on Tolereance

- June 27, 2012
EDITORIAL - Dufour's humanityPublished: Wednesday | June 27, 2012 2 Comments
Archbishop of Kingston, the Most Rev Charles Dufour, is no raging liberal about to turn the theology of the Roman Catholic Church on its head and embark on a pro-gay campaign.
But his recent statement calling for Jamaicans to be tolerant of homosexuals in their communities underlines not only the archbishop's intrinsic humanity, but sets down a marker for others of influence to follow, and from which they may, and should, advance.
Undoubtedly, the environment has improved in recent years. Yet, Jamaica is not an easy place to be gay, especially a male homosexual.
First, the law against buggery casts the State as voyeur and sexual commissar, impinging on the right of consulting adults - both gay and heterosexual couples - to engage in sexual conduct of their choice in the privacy of their homes.
Further, this intrusive behaviour by the State has helped to reinforce homophobic attitudes and, in some c…
Post a Comment
Read more

No Dignity in Death: A No Out Rule 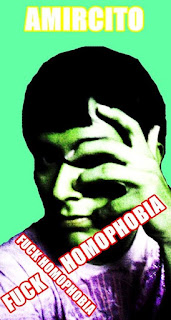 As the United Belize Advocacy Movement moves forward with its work, the question of how justice is serve has infused itself in the debate for the LGBT community and rights enforcement processes.I was accused of outing a dead man." I was told that I have no right!" So is there there a right way to get justice for 27 murders that have happened from 1997 up to June 2012. I had to do some deep reflection and found the following points interesting:

1). The community does not see a rational for ensuring access to Justice is achieved thro ugh public outings. They worry about the poor family feelings and seem extremely sensitive to the emotional needs of the family.
2).Outing maybe acceptable if the person is a barrier to the movement and gay.
3).Outing maybe possible if done quietly in dialogue with the police.
4). We have a long way to go psychologically as strategies are defined to increase our visibility.
5). Our protest will not be protest, but in parti…
Post a Comment
Read more 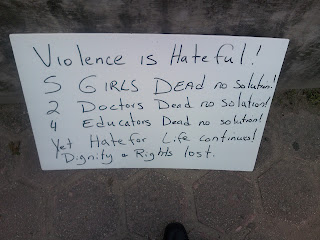 It was clear from the meeting held on June 18th, 2012  at the Lion's Den by The Belize Medical and Dental Union that doctors were angry that their colleague was murdered so deliberately. A call was made at the Lion's Den, to raise funds so that his body could be return to Guatemala a go slow would happen; agreement was reached that there would be a Peace Walk moving from the Lion's Den to the intersecting round about at the Northern Highway and then returned back. As part of the process a committee was formed and agrements was reached to make the peace walk happen. My sign below said it all.


I was approached by Jules Vasquez of Channel 7 today and told that I was a "controversial figure." I even smirkly replied to them that "I don't call talk shows, but appear on them." Trying to tie in our documentation of acts of violence and crime I said to Jules  " We have documented from 1997 through newspaper articles 17 murders and 8 as…
Post a Comment
Read more

Homosexuality and the Constitution


It rather seems that there is no sinful act, outside of the classic crimes of murder, rape, etc, that so vexes the souls of the West Indian people than that of sexual relations among adult men. Certainly, it is not adulterous relations among adult men and women, which is so pervasive in our societies that if we were to criminalise that behaviour the overwhelming majority of us: our politicians, our judges, our clergy, and the rest of us common folk would be committed to the prisons; which we claim belong to her majesty. Of course, we would have to commit members of her majesty’s immediate family as well, since they, too, have sinned, and have fallen short of the glory of God.

But so we have it: we have criminalised sexual relations among some; and we adamantly refuse to have the legislation repealed, even when this may aid in the adoption of effective pol…
Post a Comment
Read more 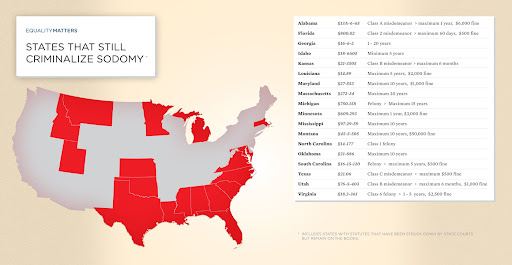 State Sodomy Laws Continue To Target LGBT Americans August 08, 2011 3:26 pm ET by Carlos Maza Up until 1962, gay sex between two consenting adultswas a felony in every state in theUnited States. So-called “crime against nature” or “sodomy” laws -- the term "sodomy”is a reference to the biblical story of Sodom and Gomorrah -- typically punished violators with lengthy prison sentences, fines, and even hard labor.  Although these laws typically targeted gays and lesbians, some statutes were written broadly enough to cover any form of non-vaginal intercourse, including oral and anal sex between heterosexuals.
While many states moved to repeal their sodomy laws in the late 1900s, others -- like Georgia--moved in the opposite direction. Inthe1986Bowers v. Hardwickdecision, the Supreme CourtupheldGeorgia’s sodomy law, arguing that there was no “fundamental right upon homosexuals to engage in sodomy.” AfterBowers, several more states began moving towards decriminalizing private acts of ga…
Post a Comment
Read more 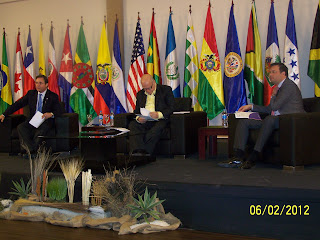