Showing posts from May, 2013
Show all

- May 28, 2013
Reposted: May 28th, 2013
Without fact checking, without the full story Plus TV decided they had a comment. This was the article on TnT gender policy see link..http://www.plustvbelize.com/news/belize-gay-rights-in-cabinet-gender-policy-trinidad-gay-rights-out/  now we hear this update below. Can we say what else will you not misinform the Belizean public about Plus TV?
Brown knocks Gender Minister Monday, May 27 2013 GENDER activist and president of the Network of NGOs Hazel Brown is disappointed with Gender, Youth and Child Development Minister Marlene Coudray over the National Gender Policy (NGP). “History is being rewritten to include what people want to be included and leave out what we want left out,” Brown charged adding that she was disturbed when she attended the Ministry’s Open House, on May 17, and the Minister declared that the NGP was in front of the Finance and General Purposes (F&GP) committee of Cabinet and this was the furthest the NGP has ever gone in histo…
Post a Comment
Read more

- May 24, 2013
Reposted May 24th, 2013 The Global Fund's Approach to Community Systems Strengthening Is Flawed Josef Decosas and David McCoy 29 Feb 2012 Editor's note: This article is condensed from a newly-published paper by the same authors entitled "The Global Fund and Community Systems Strengthening: The Wrong Organisation for the Right Job? Or the Right Organisation Doing the Job Wrongly?," which is available on the Aidspan website here.
Community participation, of various sorts, has been at the core of many Global Fund structures and procedures. For example, both the Global Fund Board and country coordinating mechanisms were designed to include civil society representatives. In addition, community-based organ…
Post a Comment
Read more

By G. Michael Reid
Saturday, May 18, 2013, 13:25
A bigot is a blinkered, narrow-minded person, usually also very intolerant and unable to see anyone else’s point of view. People can be bigoted about things that have nothing to do with race, for example, religion or sexual orientation. A prime example would be Archie Bunker from the old television sitcom “All in the Family.” ~Wikipedia
Belize is a melting pot of many different races, cultures and lifestyles. We currently exist in a state of what might be considered relative harmony. It was not always that way. I have always felt that the greatest accomplishments of our late leader George Price, was his ability to hold this mangled mess together and steer us from colonialism to our state of “jerry-built” Independence. It could not have been very easy.
As it is, we are very much a polarized nation, deeply divided along religious, philosophical and in particular political lines. We are governed by a Cons…
Post a Comment
Read more

Story Created: May 23, 2013 at 8:28 PM ECT
Story Updated: May 24, 2013 at 7:28 AM ECT  DEPUTY political leader of the Congress of the People (COP), Dr Anna Maria Mora, said she is concerned that religious bodies were able to dictate the formation of the National Policy on Gender and Development.

This comes after a declaration last week by Gender Affairs Minister Marlene Coudray that the policy will not address rights for the Lesbian/Gay/Bisexual/Transgender (LGBT) community, as per the wishes of some religious groups, including the Catholic Commission for Social Justice (CCSJ) and Inter Religious Organisation (IRO).

“How come the IRO is so powerful,” Mora asked Wednesday during a lunchtime seminar under the theme, “What does equal mean to you”, held by the Institute of Gender and Development Studies of the University of the West Indies (UWI) at its St. Augustine campus on W…
Post a Comment
Read more

Reposted May 24th, 2013
By William Clarke, graphic by Mark Oliver & Dan Palmer 7:27PM BST 17 May 2013
The information which has been monitoring the political and moral attitudes of various countries for more than two decades, shows that countries with more economic freedom have higher degrees of tolerance. France was the least tolerant country in Western Europe, with 28.8 per cent of the population responding that they would not want a homosexual neighbour. This contrasts with 3.6 per cent of Swedish people, 7.4 per cent of Spaniards and 11.1 per cent of Swiss. 16.8 per cent of British people would not want a homosexual neighbour. There is a clear divide across the iron curtain, with homophobia much more common in Russia and Ukraine, while Serbia and Moldova were even less tolerant than majority Muslim Indonesia. Georgia, was the third most homophobic country surveyed, with 92.6 per cent of the population unhappy with the idea of a homosexual…
Post a Comment
Read more


An Open Letter from America to Belize
(Based on the UNIBAM Conference on Domestic and Gender-Based Violence, 24 July 2012)
By Asa DeMatteo, Ph.D.

When Caleb Orozco of UNIBAM invited me to come to Belize for his conference on Gender-Based Violence and Domestic Violence in Belize, he asked me to talk about epigenetics. His request came after Mr. Louis Wade of Belize spent time online and on Plus TV arguing that homosexuality couldn’t be genetic because homosexuals don’t procreate (and, therefore, must recruit). Any genetic basis for homosexuality would, he said, be doomed to disappear from the human genome. Of course, the argument fails on the simple fact that many homosexuals do in fact reproduce and have throughout history. But there is a more subtle problem with Mr. Wade’s argument. In my online responses to Mr. Wade, I pointed out that your genes aren’t your destiny.
Over the past decade, science has greatly expanded our knowledge of how genes …
2 comments
Read more

Beyond binary definitions of Gender: The 3rd Gender in Africa

Persistent and unmistakable ‘third’ or alternative gender subcultures have always existed in one form or another.(2) There are examples from across the world, such as the ‘mahu’ and ‘aikane’ of Polynesia, the ‘berdache’ of Native American tribes, the ‘sekhet’ of prehistoric Egypt, the ‘eunouchos’ of ancient Greece and Rome, the ‘saris’ of the Israelites and the ‘mu’omin’ or ‘trusted men’ of the Syrians. There were traditional third-gender roles in African aboriginal tribes such as the Mbo people of Zaire and amongst the palace and harem guards of the Arabs and Chinese. Don’t forget the cross-dressing entertainers of Manila and Bangkok and the ‘hijra’ and ‘jogappa’ dancers and temple priests of North and South India.
In our own modern times we have gay and transgendered communities acro…
Post a Comment
Read more 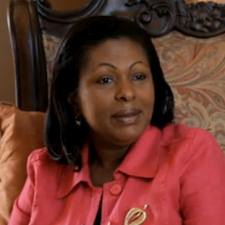 I can't say that I am surprise that Jamaica's Christian Right group Jamaican Coalition for Healthy Living sought to take PR advantage ( details http://www.jamaicaobserver.com/news/Belize-case-said-being-used-to-push-gay-agenda-in-Caribbean) of the  coverage to section 53 calling the case,""part of a larger effort by the homosexual lobby to get buggery laws repealed in the Caribbean and push that lifestyle on the public." Lawyer, Lisa Shoman took a swipe and sent them a response to their PR effort that was published at http://www.jamaicaobserver.com/results/Resist-the-fear-mongering-cries-of-a-coming-Caribbean-Sodom-and-Gomorrah_14310289

While her response is classic, it seems regional movement building is going both ways for the christian right and the left. With attempts of the right seeking to unite advocates under one documentary and cases being in Belize, Jamaica and Guyana at about the same time. More importantly, the Christian right …
Post a Comment
Read more
More posts