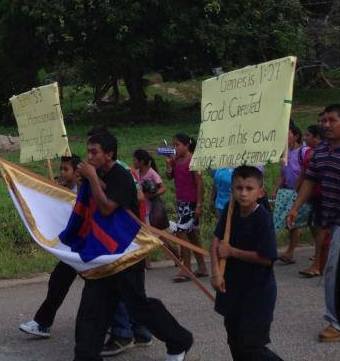 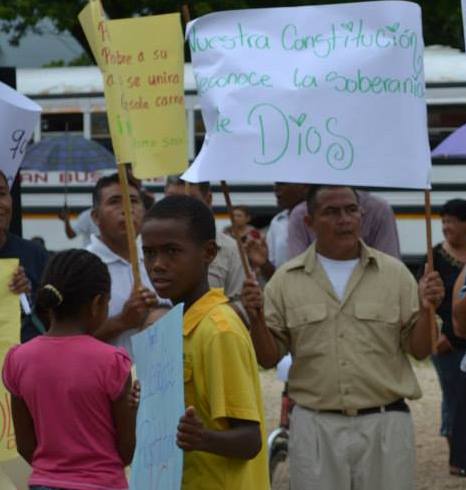 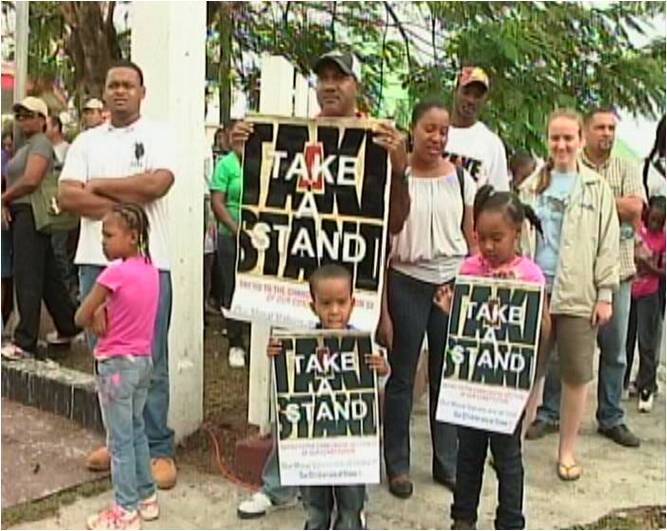 Belize Action does not speak much about the exploitation of children in its campaign against section 53 or the gender policy. The media has not made it an issue. The United Belize Advocacy Movement, as it documents the make up of the so called "Pro constitutional Marches" We have to ask the question. If Belize action is about love, why are children being taught prejudice and participating in marches where legally they cannot give consent. We have seen women praying on their knees and holding their six month babies in support of an issue that only a person over 18 can give informed consent.

The marches in Belize City and the prayer against section 53 just before the May 7th-10th, 2013 substantive hearing revealed the slow intensification of prejudice through the next generation. Can we afford to intensify prejudice and complaint about the rampant crime and violence that have occurred over 2010-2012 where 300 murders have occurred and counting? Is the next generation being given permission to apply prejudice to violate L.G.B.T Citizens rights? Are some to be respected while other are not? While these are questions to be answered by Belize Action, the rest of society, remains with the challenge of responding to parents who promote homophobia and prejudice under the guise of parental rights and family values. 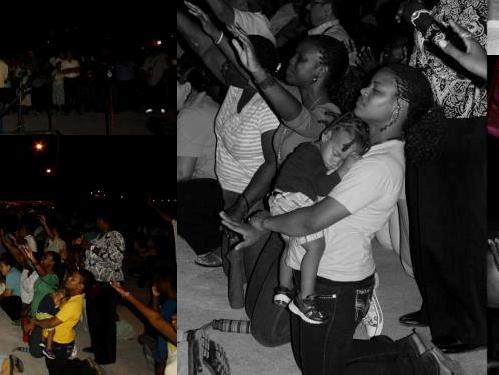 With the present position of the PM not to capitulate to the churches, and the churches making suggestions to the PM around the gender policy. The work of rights protection and enforcement seems to have become collateral damage in the conflation and deliberate confusion of the public regarding what the gender policy actually speaks to, in regards to all citizens. When women themselves volunteer to support their own oppression of their children and other women, it speaks volume of the lack of independent critical thinking. It is my position that most of these people did not read the gender policy and did not form an independent opinion about its content. They supported the withdrawal because their Pastors said so. Systematic reflections hold that our current debate is now to get the far right in Belize to understand that it exists in a secular state and that all religions and citizens functions within a frame work of recognized fundamental rights and freedoms.Until then, the lines are drawn, the question is, should it be uncompromising.

The Stand in Orange Walk in support of the gender policy organized by Tikkun Olam on August 3rd, 2013 was a symbolic statement that there were opposing views that supported the gender policy. It showed that rights protection and rights enforcement matter in a country where the invisible and the marginalized individual are citizens. It was small, but the message was simply,"read the gender policy." The stand did not exploit children, it was full of consenting adults who read the policy, it had folks from Corozal, Orange Walk, Belize City and Cayo. The stand was led by a woman, but supported by L.G.B.T persons and showed the importance of visibility and how it can be amplified by the media. It was a historic first, for it was deliberate and it had the rainbow flag deliberately visible for the first time.

The next move is building on the symbolism of the stand, with concrete actions that gives life to the substantive concerns. Tikkun Olam join WIN Belize membership in supporting the gender policy publicly. Its press release on July 16th, 2013 said:

...Gender equality implies that the interests, needs and priorities of both women and men are taken into consideration, recognizing the diversity of different groups of women and men.  Equality between women and men is seen both as a human rights issue and as a precondition for and an indicator of sustainable, people-centred development. The five priority areas are Health, Education & Skills Training, Wealth and Employment Generation, Violence Producing Conditions, and Power and Decision Making.  Belize is not a homogeneous society; therefore, the policy speaks to the access and provision of services to all this country’s citizens.

Women’s Issues Network of Belize (WIN-Belize) has contacted its member organizations and has reached consensus on the full acceptance of the Revised National Gender Policy 2013. As practitioners working on the ground with the most at-risk and vulnerable populations, WIN-Belize members work in the five priority areas in conjunction with the Government of Belize to ensure that persons are able to access the services provided and receive relevant information.  WIN-Belize continues in its commitment to be an agent of change working with the community, as well as with Member and Partner agencies, for social transformation needed to create a Belizean society free of discrimination against women, men and children.


We shall see what movement is made around the gender policy, but what remains clear is that the balance between secular and biblical centered thinking will continue to be the order of the day.