LGBTTI Coalition Celebrates Adoption of 2018 LGBTTTI resolution at the OAS 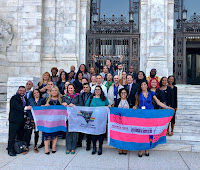 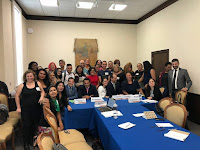 The Coalition of Lesbians, Gays, Bisexuals, Transgender, Transsexuals, Travestis and Intersex (LGBTTTI) people of Latin America and the Caribbean working within the framework of the Organization of American States (OAS) celebrates the adoption of the Omnibus Resolution on Human Rights (OEA/Ser.P/AG/CG/doc.5/18 rev.2), which includes section (xii) focusing on the “human rights and prevention of discrimination and violence against LGBTI persons,” during its 48th Regular Session of the General Assembly, which took place in Washington DC, June 4 and 5, 2018.

During this Dialogue we saw an increasing number of allies integrate a message of equality for all and acceptance of sexual and gender diversity, including a newly established coalition entitled Religions, Beliefs and Spiritualities in the Dialogue with Civil Society. We continue to see anti-rights and conservative groups promote messages that violate human dignity and undermine the human rights of LGBTI people in the Americas. Some of these messages include a narrative that fails to recognize the legitimacy of the organs of the Inter-American Human Rights System, including the competence of the Inter-American Commission and Court of Human Rights to monitor States’ compliance with the most basic and undisputed international human rights obligations, such as the obligation to ensure the rights to equality and non-discrimination.

We highlight that despite notable progress in terms of policies, laws and judicial recognition in the Americas, there are many challenges that curtail the full enjoyment and exercise of our rights. We continue to see high levels of violence and discrimination at all levels against LGBTI people, or those perceived as such, in the Americas. This violence is exacerbated when we face multiple factors of discrimination, including because of our race, ethnicity, gender, migration status, age, deprivation of liberty, disability, among others.   There are still laws, policies and state practices that criminalize our relationships, and our gender expression, and violate our human rights. Further, we express our concern due to the crimes based on prejudice committed on the basis of sexual orientation, gender identity and gender expression, without the States maintaining official records or disaggregated data on said crimes, which hinders their prevention and investigation.

While in Belize and Trinidad & Tobago progress has been made in decriminalizing same-sexual intimacy, countries in the Anglo-Phone Caribbean remain challenged to recognize that no CARICOM state has language in their constitution which are retrogressive in undermining our human rights. 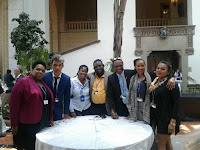 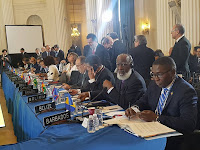 Regarding autonomous sex work, even though it is not explicitly prohibited in the majority of countries in the Americas, there are legal provisions and laws criminalizing different acts surrounding sex work. This, coupled with the absence of clear regulations recognizing it a work, creates the conditions for institutional violence -including sexual and physical violence, extortion and illegal arrests- as well as obstacles to access basic health and justice services.

Further, we see with great concern the introduction of bills or passing of laws that seek to criminalize HIV transmission, non-disclosure and/or exposure, or the misuse of criminal law to criminalize people living with HIV.

Also, we believe that in those countries of the region, such as Venezuela, where the AIDS epidemic continues to affect gay and bisexual men and transgender women, efforts must be strengthened to provide comprehensive medical care and treatment access, as well as how the design and implementation of a prevention policy that considers the particularities of risk groups due to their sexual orientation, identity and gender expression, as these actions are fundamental tools to end the AIDS epidemic.

The LGBTTTI Coalition welcomes the reelection of judges to the Inter-American Court of Human Rights (I/A Court H.R.): Humberto Sierra Porto (Colombia) and Eduardo Ferrer Mac-Gregor (Mexico). Sierra Porto and Ferrer Mac-Gregor were sitting judge and vice-president of the I/A Court H.R., respectively, when the highest human rights tribunal in the Americas issued its Advisory Opinion 24/17 in November 2017. This important and binding Advisory Opinion recognizes that the human rights obligations of States vis-à-vis the principles of equality and non-discrimination on the basis of sexual orientation, gender identity and gender expression, include the obligation to recognize families composed of same-sex couples and the right of people to rectify their identification documents to match their gender identity, through non-pathologizing processes. This Advisory Opinion reinforces the urgent need of States in the region to adopt measures to ensure both formal and substantial equality of persons with non-normative or diverse sexual orientations, gender identities and expressions in the Americas (see full Advisory Opinion, here. Access a short summary by the LGBTTTI Coalition of this Advisory Opinion, here).

We also congratulate Ricardo Pérez Manrique from Uruguay, as the newly elected judge to the Inter-American Court, who has already publicly expressed his support for Advisory Opinion 24/17. We encourage the Inter-American Court to continue protecting the rights of everyone, without discrimination based on sexual orientation, gender identity, gender expression, and sex characteristics, there by supporting the adequate interpretation of the principles of equality and non-discrimination as enshrined in the inter-American human rights instruments.

THE RESOLUTION ON THE RIGHTS OF LGBTI PEOPLE

The Resolution has virtually the same content as in previous years: the OAS condemns acts of discrimination and violence based on sexual orientation, gender identity or expression, and urges Member States to prevent, investigate, and punish acts of violence and discrimination against LGBTI persons, and to ensure access to justice. There is also mention to the adoption of measures to eliminate barriers faced by LGBTI persons in access to political participation and to avoid interference with their private lives. Reference is made of the need to collect data on violence and
discrimination, to protect human rights defenders and intersex people from medical interventions that violate human rights. The Resolution also considers the work of the LGBTI Rapporteurship and, for the first time this year, that of the Department of Social Inclusion of the OAS General Secretariat.

This Resolution is the result of the hard work the LGBTTTI Coalition has been developing within the OAS since 2007. As in previous occasions, its presence and ongoing participation in different actions and dialogues with OAS Member States during the General Assembly counteracted the bigot actions and hate speech of fundamentalist and anti-rights organizations who tried to stop the passing and adoption of the Resolution. Thanks to the diplomatic dialogues carried out by Member States -both part of the OAS LGBTI Core Group and allies- the Resolution passed successfully again this year, in spite of the opposition of countries such as Paraguay, St. Lucia and Jamaica, all of which are countries that precisely are noted by their lack of protection of the human rights of LGBTI people. A small minority of OAS Member States included footnotes to the resolution. This is a notable decrease from previous years, particularly 2013/2014, when a larger number of countries had included footnotes to the resolution.

We congratulate Belize, for being the first CARICOM country to co-sponsor this Resolution this year, and Costa Rica for also doing so. We encourage these two Member States and other allies to continue supporting the OAS LGBTI Core Group.

THE ANNUAL MEETING OF THE COALITION

More than 40 LGBT activists from across Latin America and the Caribbean gathered in Washington DC to attend our annual meeting prior and the General Assembly. We congratulate the incorporation to our Coalition of the Red de Trabajadoras Sexuales de Latinoamérica y el Caribe (RedTraSex) – a coalition of organizations of women working for the last 20 years for the recognition of independent sex work, and to give visibility to the egregious human rights violations faced by sex workers in the region. We also note the incorporation to our coalition of: Eastern Caribbean Alliance for Diversity and Equality (ECADE) from the Eastern Caribbean region, Fundación Arcoíris A.C. from Mexico, and, as Associate Member, the Canadian HIV/AIDS Legal Network from Canada.

We call on all OAS Member States to continue ensuring the protection and promotion of the rights of LGBTI people, and to bring down laws that criminalize us or discriminate against us. We urge all OAS Member States to take measures to promote the legislative, administrative and judicial reforms necessary to bring their legal systems, interpretations and practices in line with the standards established in Advisory Opinion No. 24, issued by the Inter-American Court in November 2017, and to respect the binding nature of this Opinion.

We strongly encourage OAS Member States to follow the leadership shown by Uruguay, which became the first country to ratify this past May 2018 the Inter-American Convention on all Forms of Discrimination and Intolerance.

The following people and organizations attended as part of the LGBTTTI Coalition of Latin American and Caribbean Organizations working in the context of the OAS: