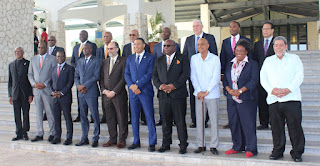 As a Belizeans and a citizens of CARICOM I write with concern about the comments political leaders have made in recent years. I believe it was Bruce Golding who once said," not in my cabinet!" in 2011 on the BBC when ask if he would allow homosexual to serve in your cabinet. In 2018, it was former speaker of The House, Micheal Carrington, in Barbados who said, "“If she is gay she should come out and say so and let you know what we are getting as a Prime Minister. .." referring to the Barbados Labour Party leader Mia Motley. Former Minster Denzil Dougal of St. Kitts& Nevis has been caught making  homophobic statements calling his opponent Timothy Harris, a  " little girl" and a "hog" joking that Harris begged him to" breed" him in April, 2013 at a rally. People were heard yelling," batty man hog." so much for principled leadership.

At The UN Commission on the Status of Women negotiations, state representatives had difficulty with the language of human rights defenders- calling it code for L.G.B.T.I issues. At  the O.A.S, representatives tried to remove all reference to sexual orientation and gender identity from the OAS L.G.B.T.I resolution, arguing that national constitutions do not acknowledge for term X and Y, ignoring that their constitution protects all citizens, no matter the term. Taking the position that the will of the majority, must prevail over the dignity and the rights of the minority, is fundamentally flawed because states are not governed by individual morality, but a constitutional framework.  As states you seek reparation claims from our colonizers, but have sought to retain a colonial system that marginalize and oppressed your own citizens. Is this leaving no one behind? It is the only region that fought  for independence and developed constitutions, only to retain old oppressive colonial laws  that impact its own citizens. May I remind you that no constitution among CARICOM states, and the broader Commonwealth, has ever referred to fundamental rights applying to just its heterosexual citizens, but ALL. So stop the bullshit!

It is convenient to speak of culture with a moral imperative, but ignore the culture of carnival, daggering, sexual violence with an estimated one in three women in the Caribbean at least once in their lives, according to Untied Nation statistics of 2015 experiencing partner violence. But still, diplomats and state leaders pretend that each nation is a Christian Country in CARICOM with a moral imperative.

In the Eastern Caribbean, UNICEF reported that there were an estimated 20-30% of children having experienced sexual abuse and about 300 women were murdered in Trinidad and Tobago between 2005-2015. Yet, the region's diplomats proclaim that states in CARICOM values all its citizens. It seems certain women, and children and any marginalize group is less equal under the law than others. How is that so?

It must be noted that  between 2015-2017 Grenada, Cuba, Jamaica, Trinidad & Tobago, Haiti, Dominican Republic,  Suriname, Guyana, St. Lucia ranked 48 out of 100, St. Vincent and Grenadines (40),  Dominica (42),  Bahamas (28),  twelve countries in the Caribbean with corruption issues in the region. I will not add Belize to the list as its has no ranking, but I am aware we have corruption issues that have not been fully ventilated. but yet, diplomats and politicians like to throw the phrase around that states have sovereign rights. How about the sovereign responsibility to ensure that your L.G.B.T citizens have the same visibility in law like all others. You have a principled backbone for being complicit in corruption affecting your governance, but not one, to ensure that your most vulnerable citizenry concerns are addressed in the governance of the state.


Finally,  each country citizen's had endorsed national constitutions which spoke of its citizenry,  that did not implicitly nor explicitly exclude citizens base on sexual orientation or gender identity. Commonwealth Courts, in Uganda, Kenya, Botswana, South Africa, Canada and Belize have pointed out that fundamental rights apply to ALL. In addition, I feel I must remind you that any attempt to practice erasure of our existence as citizens in any UN, regional or OAS document, is an act of re-colonization through ideology which seeks to undermine the value of good governance. It is a direct attack on every constitutional framework that exists and a direct imposition of ones personal moral believe that is about self-interest not the nation 's interests. If one learns anything from history, one should learn that respect for diversity, is about balance, responsible and constructive action, ensuring that the dignity and rights of your citizens have an equal chance to be visible in law. Denial, is just state complicity by inaction, omission or indifference to perpetuate marginalization and oppression. We are not less than, we are equal to and demand, not ask, to be visible as citizens in the governance of the state, in law, in development and policy documents.

For breathing, having healthcare, employment, housing, an education, to live freely from violence and discrimination, to have access to justice is not controversial, its expected as a citizen. My right to demand my fundamental rights to be enforce is not controversial is is part of the pillars of governance to ask the court to arbitrate such a concern as a citizen. your concern for retaining power, should never come at the expense of my dignity. As I am a citizen of CARICOM! 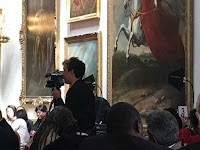