Between 1747 and 1947, it was estimated that 60 million people died in famine in India while Europeans slaughtered 56 million indigenous people that triggered climate change over a 100 year period in North, Central and South America. Today we have International Treaty Bodies like the UN Human Rights Council and International Treaty Obligations and country reviews in Geneva, but what we don't have is a thorough review of how colonialism impacted the lives of hundreds of millions around the World in the names of economic development for our colonizers. The point is made clearer when King Leopold of Belgium committed mass genocide of 10m people in the name of economic development, but little condemnation exists in the history books. It can be said, he killed more people than Jews killed by Hitler, despite this, remains a fundamental blimp in history.
The times may have changed along with the methods, but global systemic racism have simply evolve into other institutional practices. A guardian report points out, "Last September, the Belgian immigration service succeeded in suffocating one of them, a Nigerian woman called Semira Adamu, 20, on board the plane that was to take her home, by shoving her head under a pillow. The police videoed themselves chatting and laughing while they pushed her head down. It took them 20 minutes to kill her"

We know that Semira Adamu death does not exists in isolation, for in 2017, it was reported that 3,100 migrants drown at sea trying to cross the Mediterranean Sea with over 5,000 dying in 2016. When
importing racists policing practices like stop and frisk, hold an release along with militarization of national police operations complemented with mass incarceration and police brutality and practices, a global process of demeaning human life has evolve in the name of national security and crime prevention. Belize is no exception!

Economically we know that Frances arrangements of having 14 African countries using a colonial era currency called the CFA , that is used to exploit former French colonies is as a result of the last 50 years, a total of 67 coups have occurred in 26 countries in Africa, 16 of which are former French colonies, which means that 61% of coups d’etat in Africa were initiated in former French colonies.
There are now two different versions of the currency: the C.F.A. franc of the West African Economic and Monetary Union, which has eight member countries, and one for the Central African Monetary and Economic Community, which has six. Representing 14 percent of Africa’s population and produce 12 percent of its gross domestic product. Both versions of the C.F.A. franc are now pegged to the euro. In return for guaranteeing the currency, France holds 50 percent of the foreign exchange reserves of the C.F.A. franc countries in its treasury. Arguably, colonialism evolved into monetary imperialism.

That imperialism can be said to have evolved with the criminalisation of consenting human sexuality. Belize decriminalizes on August 10th, 2016, but there were over 70 countries that did not. The irony is that Britain, exported these laws to the commonwealth and  are now making investments to support L.G.B.T movements across the world to get rid of them.

With blood on the hands of many developed countries and oppressive regimes, I look back at  the ten international meetings that I have attended, on decriminalization, the commonwealth and at the UN, I ask, whom among the participants have been a stubborn lot?   Have we forgotten the blood spilled before us? Have we become passive or even comfortable in our undertaking to commit to change and transformation? 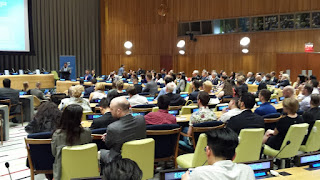 Despite this, decriminalisation investments have progressed among Commonwealth states, new national organizations have developed to support LGBT work; donors have engaged local organizations and small countries. Belize, as a result, have led the way regionally on decriminalization and legal reform among CARICOM states. We have seen resolutions adopted at the UN, OAS and African Commission and have seen the appointment of a United Nations Independent expert on sexual orientation and gender identity issues and have seen politician join the Chorus of support like networks like the All Party Parliamentarian Group of the UK, The UN LGBT Core group, the OAS LGBT Core Group and Parliamentarians for Global Action are among the many systems that have developed in international spaces. 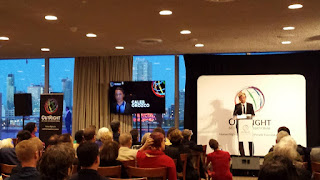 When this progress is compared to C.S.O networks, we see I.L.G.A, T.C.E.N, C.F.L.A.G.S, ECADE, and the Latin American and Caribbean OAS/LGBT Network, REDLACTRANS and Caribbean Vulnerable Communities, networks  across Europe, Asia and Africa. There seem to be a loose mechanism in place that is driving change and transformation on LGBT Human Rights issues.

For me L.G.B.T human rights protections, falls into a long line of  blood spilled in Rwanda, Cambodia, Syria, Ugandans, Chile, Guatemala, El Salvador and Colombia. With millions dead, the intersectional issues of  economic racism, militarization of national police departments, racists immigration policies of the United States, threats of climate change on Small Island States and sexuality. Whatever progress we make at the national level in law, we must never forget the interplay about the global political and economic systems which is design to keep us distracted from the larger picture. This picture is design to keep us divided, distracted and self-serving citizens with no transnational framework to act and coordinate or act as one. The design is about managing resources and mitigating conflict bu rendering countries and their citizens expendable.