Mexico's Court:Freedom of Expression does not extend to homophobic language.

Mexican Supreme Court: Homophobic language is not covered under freedom of expression 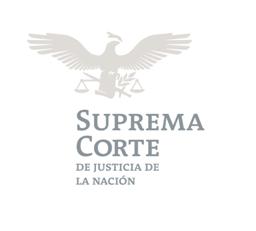 In a landmark 3-2 ruling released after a session held today, the First Chamber of the Mexican Supreme Court of Justice has determined that homophobic expressions such as "maricones" or "puñal" are not only offensive and discriminatory but also not protected under under freedom of expression laws.

The full text of the ruling will not be available until a later date but a press statement released by the Court states the following (my full translation):


In a session held on March 6th of the current year, the First Chamber of the nation's Supreme Court of Justice - at the request of Justice Arturo Zaldivar Lelo de Larrea - resolved an issue in which it analyzed the complex conflict between freedom of expression and discriminatory demonstrations - particularly homophobic expressions - a first for Mexican jurisprudence.

In finding a resolution for the Direct Appeal for Revision 2806/2012 (Amparo Directo en Revisión 2806/2012) the Chamber's starting point was the strong influence language has on people's perception of reality and which can cause prejudice that can take root in society through expressions which take for granted the marginalization of certain individuals or groups.  In this introductory stage, the Chamber also studied the role of dominant discourses and stereotypes. Thus, in the opinion of the Chamber, the language used to offend or disqualify certain groups gain the characteristic of being discriminatory.

In this sense, the First Chamber determined that homophobic expressions or - in other words the frequent allegations that homosexuality is not a valid option but an inferior condition - constitute discriminatory statements even if they are expressed jokingly, since they can be used to encourage, promote and justify intolerance against gays.

For this reason, the Chamber determined that the terms used in this specific case - made up of the words "maricones" and "puñal" - were offensive. These are expressions which are certainly deeply rooted in the language of Mexican society but the truth is that the practices of a majority of participants of a society cannot trump violations of basic rights.

In addition, the First Chamber determined that these expressions were irrelevant since their usage was not needed in resolving the dispute taking place as related to the mutual criticism between two journalists from Puebla. Therefore it was determined that the expressions "maricones" and "puñal", just as they were used in this specific case, were not protected by the Constitution.

It should be noted that the First Chamber does not hold that certain expressions which could be taken as having homophobic intent in abstract can never be validly used in scientific research or in artistic works. That does not, in itself, imply employing hate speech.

To conclude, it should be noted that this resolution is consistent with the various First Chamber rulings on freedom of expression and the right to one's honor since they set the parameters for the analysis of such rights. They are consistent in establishing that offensive and impertinent expressions are not protected by the Constitution and the current case offers and update.

UPDATE: Mexico's Milenio provides some background for the ruling.

In 2010 the owner of the Puebla newspaper Síntesis took the owner of rival publication Intolerancia to court and charged him for causing him "moral damage" (I am not a legal expert but I assume it's similar to accusing someone of defamation).

Intolerancia publisher Enrique Núñez Quiroz had written and published a column in which he referred to Síntesis publisher Armando Prida Huerta as a "puñal" (a slang term used in certain regions of Mexico akin to calling someone a fag) and in which he claimed all the people who worked for Síntesis were "maricones" (faggots).

Two lower courts ruled in favor of Prida and ordered Nuñez Quiroz to pay damages and, on appeal, the case reached the Supreme Court.

La Jornada indicates that the ruling might be limited to the use of homophobic expressions in media when the intent is to cause derogatory harm. Their interpretation of the ruling is that "the words maricón and puñal when used in a journalistic article constitute discriminatory terminology and are part of 'homophobic' discourse towards gay people."