The Launch of the National Youth Policy was 27th February, 2013 at the Bliss, but the approval by cabinet was done on 8th January, 2013. This is important progress that should be credited to the Minister of Education Patrick Faber and his Minister of State Herman Longsworth. Both seen here in speeches. 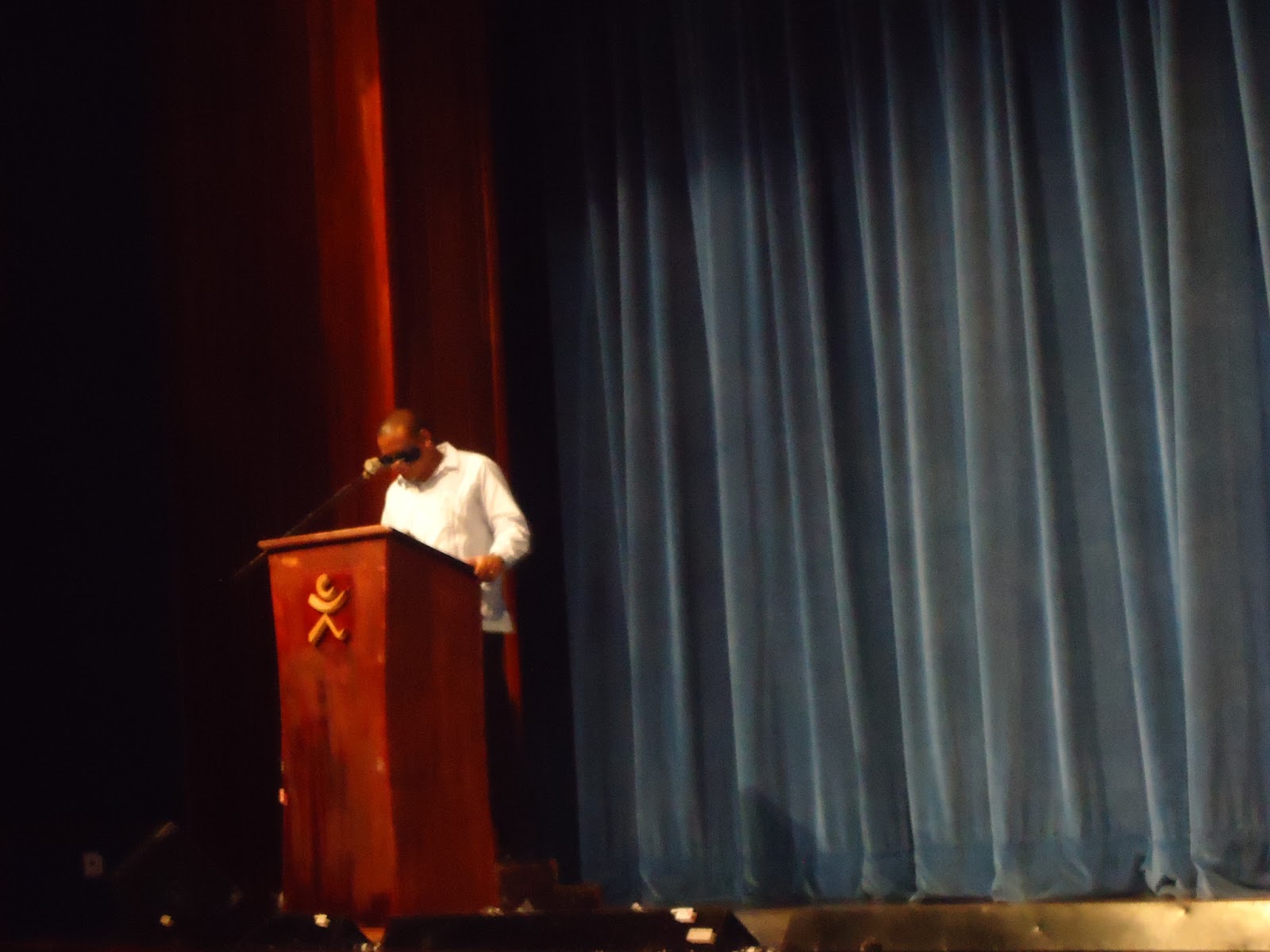 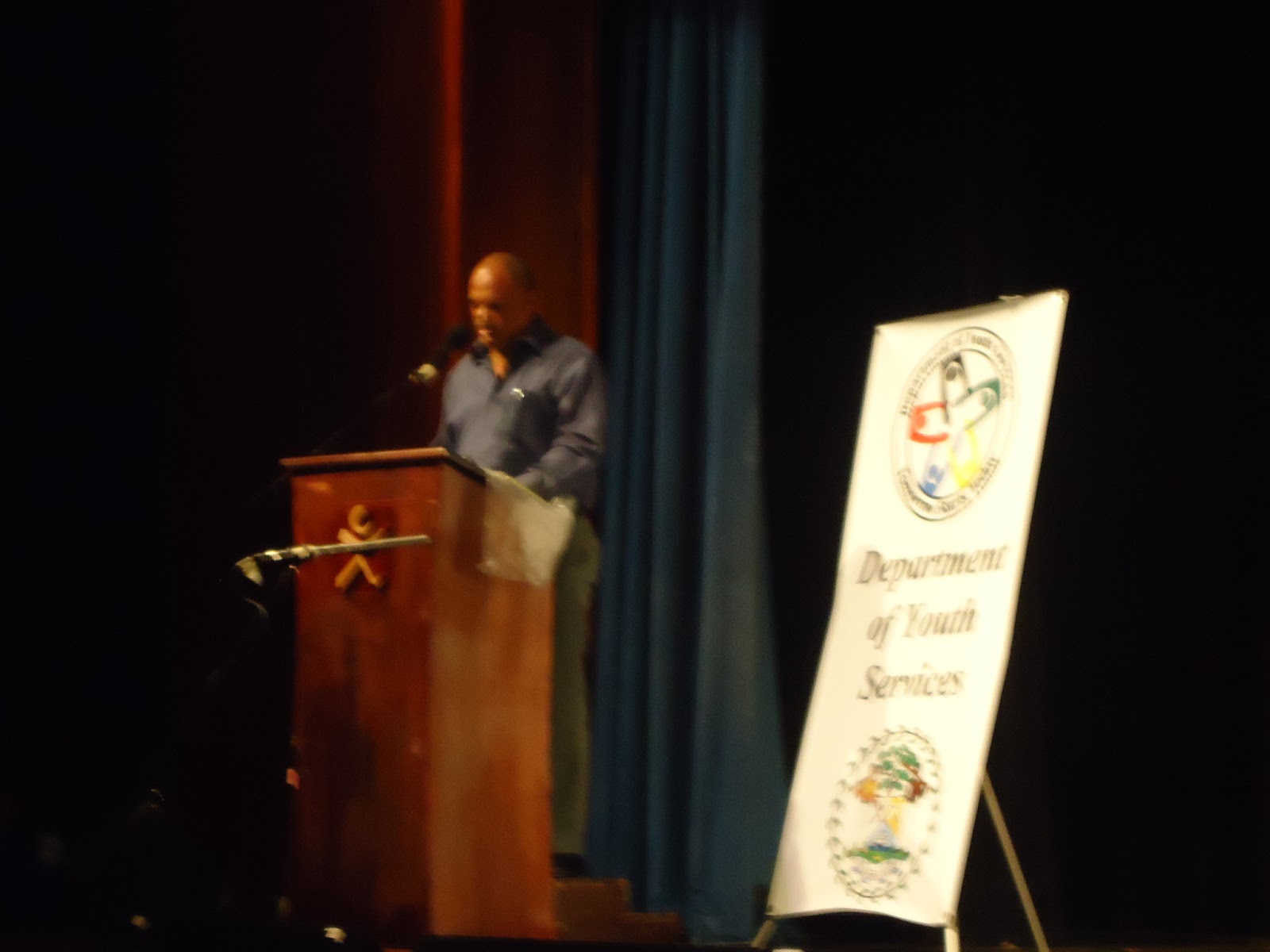 The policy itself recognises that base on the 2010 census,young people ages 15-24 represented  just over 20% of the population with additional data revealing that 20-29 year old individuals had a 13.6% accounted for of HIV/AIDS in 2008. The policy revealed that 50% reported already having had a sexual experience and 18.4% first sexual intercourse as less than 15 years old. In 2009, 15-24 year old individuals accounted for 18.6% of the new infections for HIV/AIDS. Yet the UNGASS report of 2010 pointed out to weak sexual and reproductive health programs resulting from the lack of clear standards in the entitlement of delivery of service. The legal requirement is that persons under 18 require parental consent, thereby, preventing young people from accessing services and forcing individual to self-diagnose sexual transmited infections because they cannot readily access medical care. Pointing out to room for growth and strengthening.

The section under Identity and Equity spoke to the 1st Ministerial Declaration on Health and Education to stop HIV and S.T.I in Latin America and the Caribbean and the joint  2011 UN Statement on Sexual Orientation and Gender Identity. The statement called on countries to end discrimination, in law and policy, against persons base on sexual orientation and gender identity using human rights principles, but failed to acknowledge all the S.O.G.I.( sexual orientation and gender identity resolutions passed at the OAS General Assembly. The 1st Ministerial Declaration on HIV and S.T.I did acknowledged the need to address discrimination in its non-binding declaration agreed to in Mexico.

Yet the guiding principles in the policy fell short of  strong language  to address diversity and non-discrimination. In fact, the guiding principle sought to acknowledge " the socializing influences of gender, race and disability" without regard for the existence of L.G.B.T Youth that go to school, that are unemployed, that are discriminated in the church state education system. To give some credit, the principle did reference," based on fundamental human rights, for all is promoted." The concern is the almost non-existing visibility in the document guiding principles while and effort was made to acknowledge diversity that included tradition, spirituality and language and ended at that. It recognised that such plays into the development of young men and women and forgot that transgender youth exists in communities of the north and across the rest of the country. There is no reason the used of the word sexual orientation and gender identity cannot be clearly elaborated in a policy document from the beginning.

The well-being framework of the document in point 3, did  speak to Identity and Equity and clarified that the concept refers to both rights-based and developmental concepts related to identity and equity around the general theme that adolescent and youth should be able to enact the identity of their choosing, without persecution, sanctions, social exclusion. The outcome and impact spoke to existence of legal rights, protection and processes related to indigenous culture, spiritual belief and others and spoke to increased recognition of, and social practices promoting equality of individual identity regardless of gender. This may include..."gender identity...or any other." It spoke to "The enactment of legal frameworks and polices for the protection from..violence and abuse, social exclusion discrimination...elimination of barriers to primary and secondary education regardless of gender."The skit below however, brought out all the stereotypical things about transgender and gay persons to the young audience that was funny to the audience, but was painful to watch as a gay person. While it had a theme about pregnancy, it lost an important opportunity to have a message about non-discrimination and it did not help the 15 year old actress who was pretending to be pregnant about her options after  pregnancy. She was offered advice and sent on her way. The father said it best," advice no wa full you belly or pay for pampers" 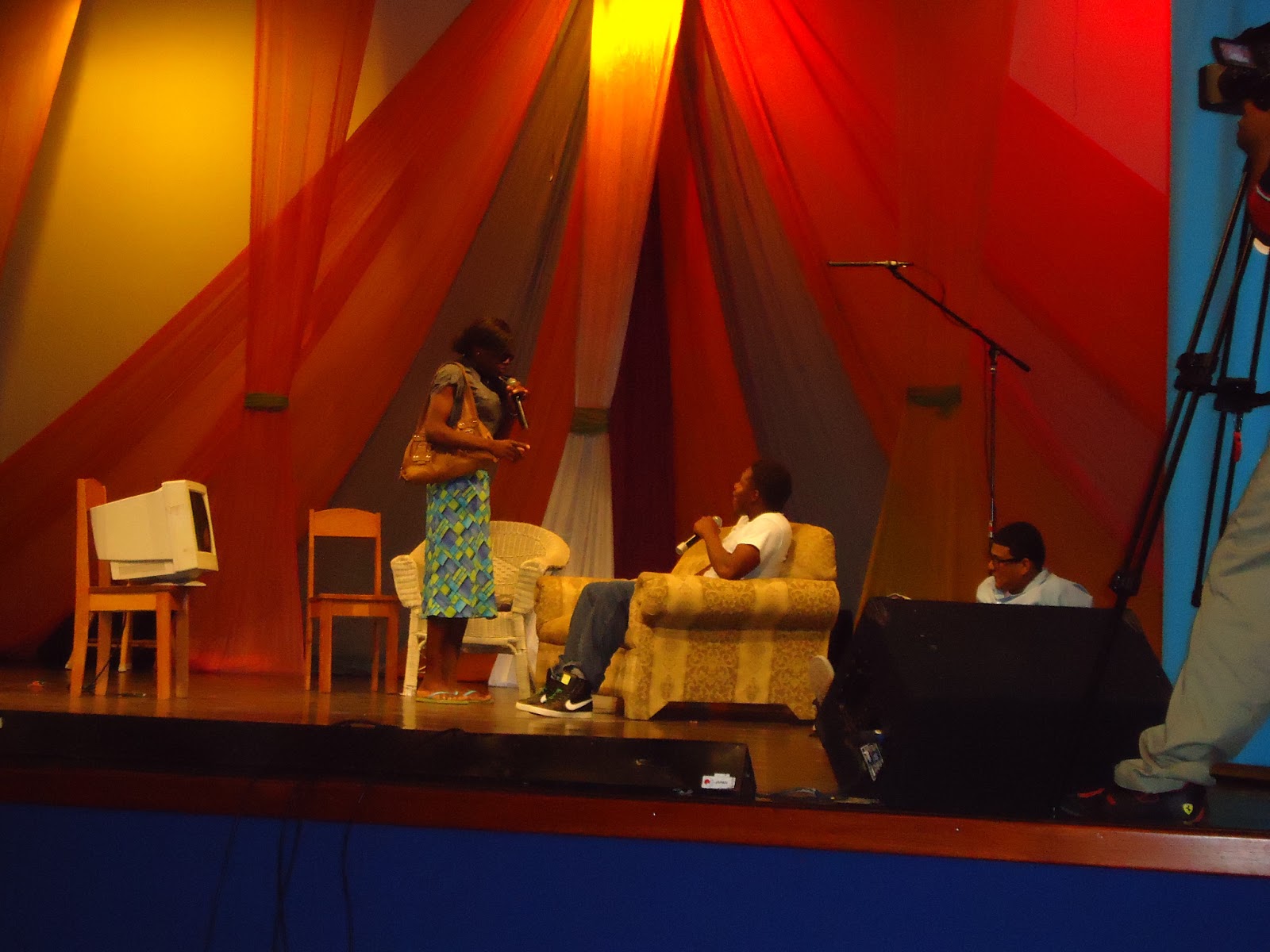 The policy has many good point like socioeconomic issues, which I fully endorse as a young person. It is my hope, that cabinet support does not end up leading to institutional indifference in the way the strategic plan is implemented in complementing the policy. Care, monitoring and evaluation will be needed to see if there is an integrated approach to the outcome and impact outlined. Time will tell! Below is a set of pictures that captures the youths who were involved in the performances in the launch. 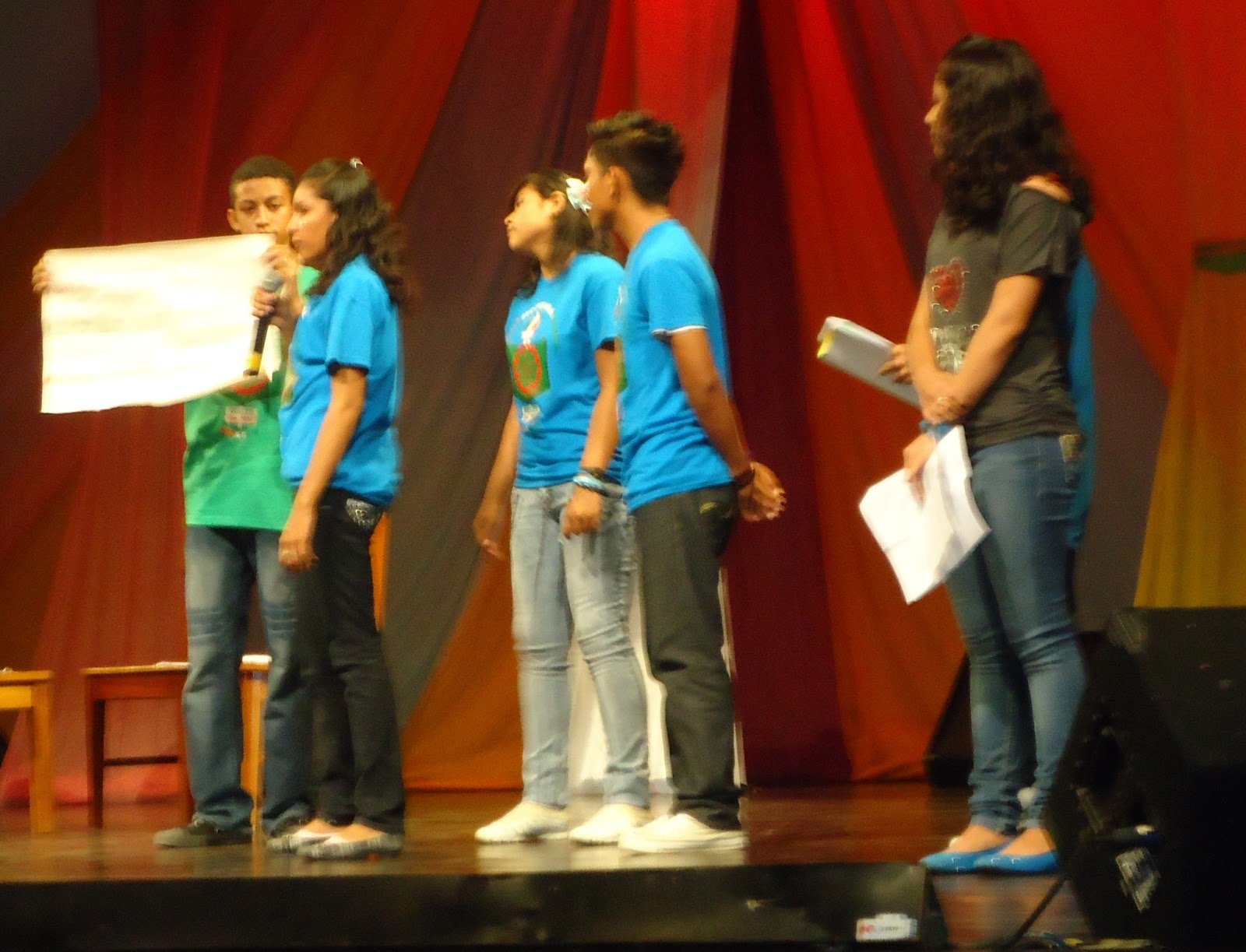 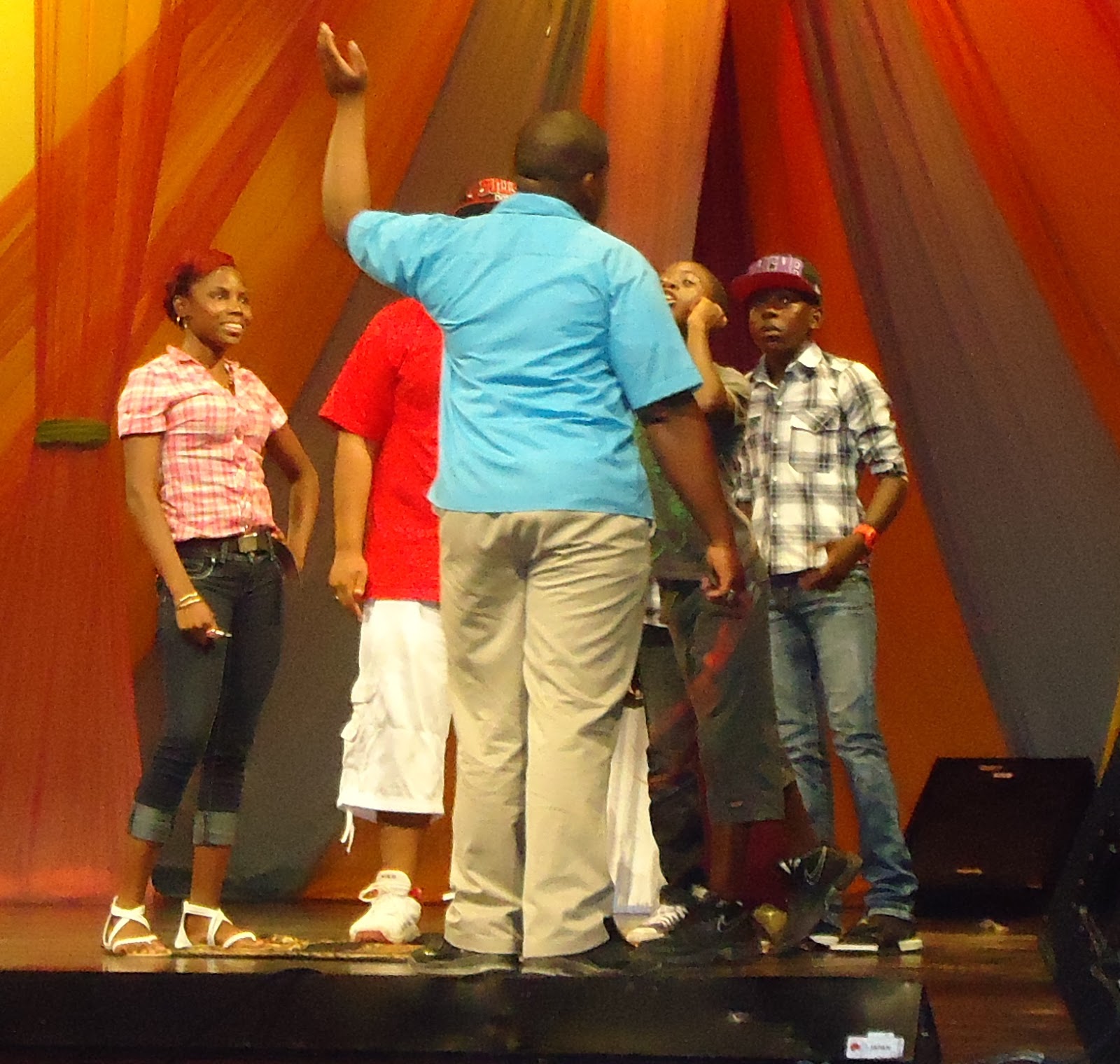