I can say that the Student Divergent Forum in Punta Gorda  which happened on 24th, January, 2013 at 2 in the afternoon was organized, professionally done and disciplined. It had close to 40 students at the PG Townhall listening in to a debate/discussion about rights and section 53. What I realized is that section 53 is not longer the central issue. The central issue is how to reframe the debate on rights to advance extended social protection  for L.G.B.T citizens in Belize. 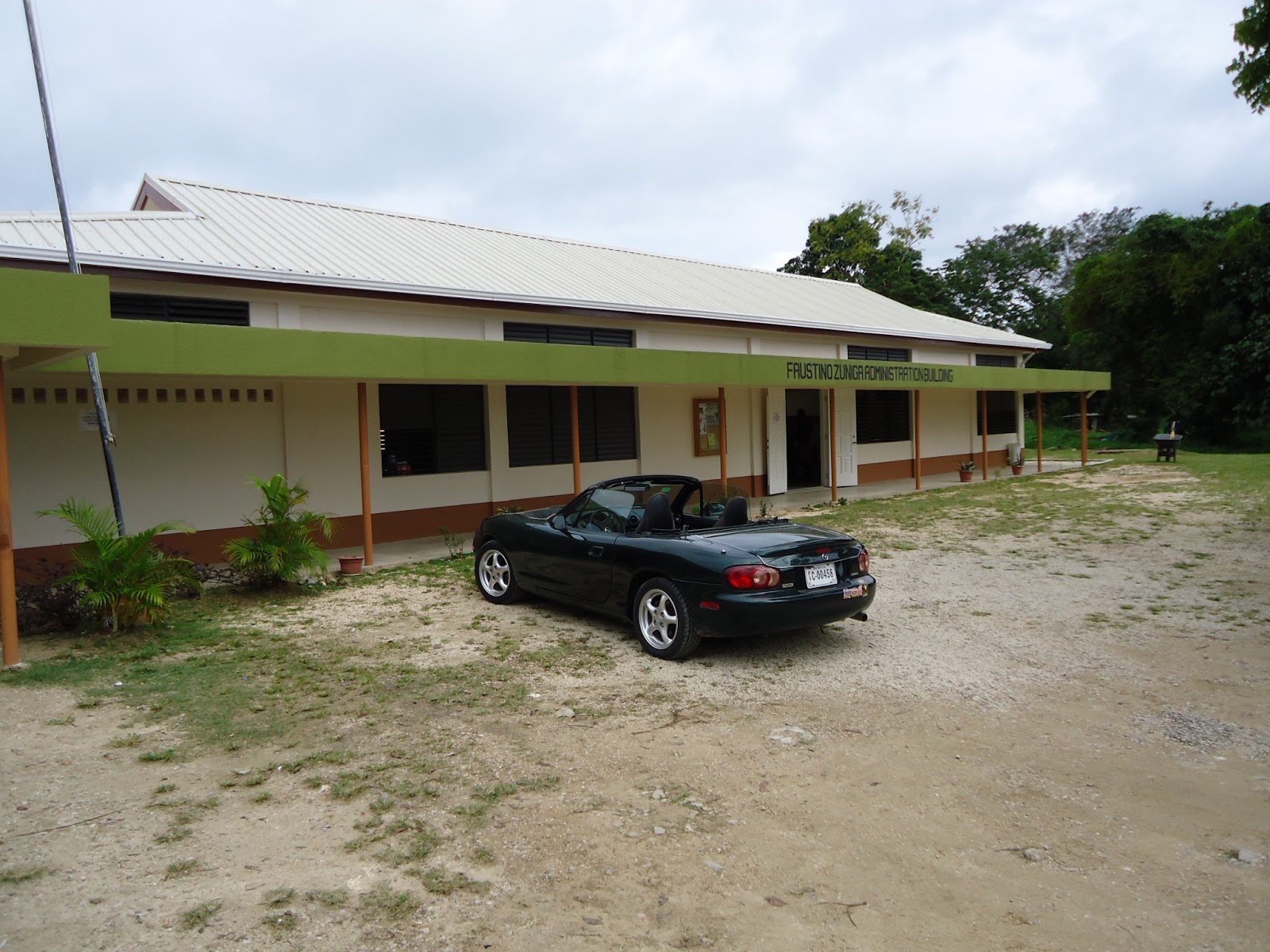 Pastor Joel Dillahunty of the New Baptist Church and U.B. Christian Club is no Luis Wade, in fact, he was better than Luis Wade, regarding civility, respect and engagement. Luis Wade can hold a crowd in Belmopan, but Pastor Dillahunty holds my attention. The common threads he and Luis Wade had, however, was that he quoted right-wing American research like Wade.He was interesting in that he  did not encourage violence or disrespect of discriminatory tone.  Still, on the larger scheme of things, it is clear that they seems to have learned that to come off as hate mongers against a marginalise group is not a winning strategy. 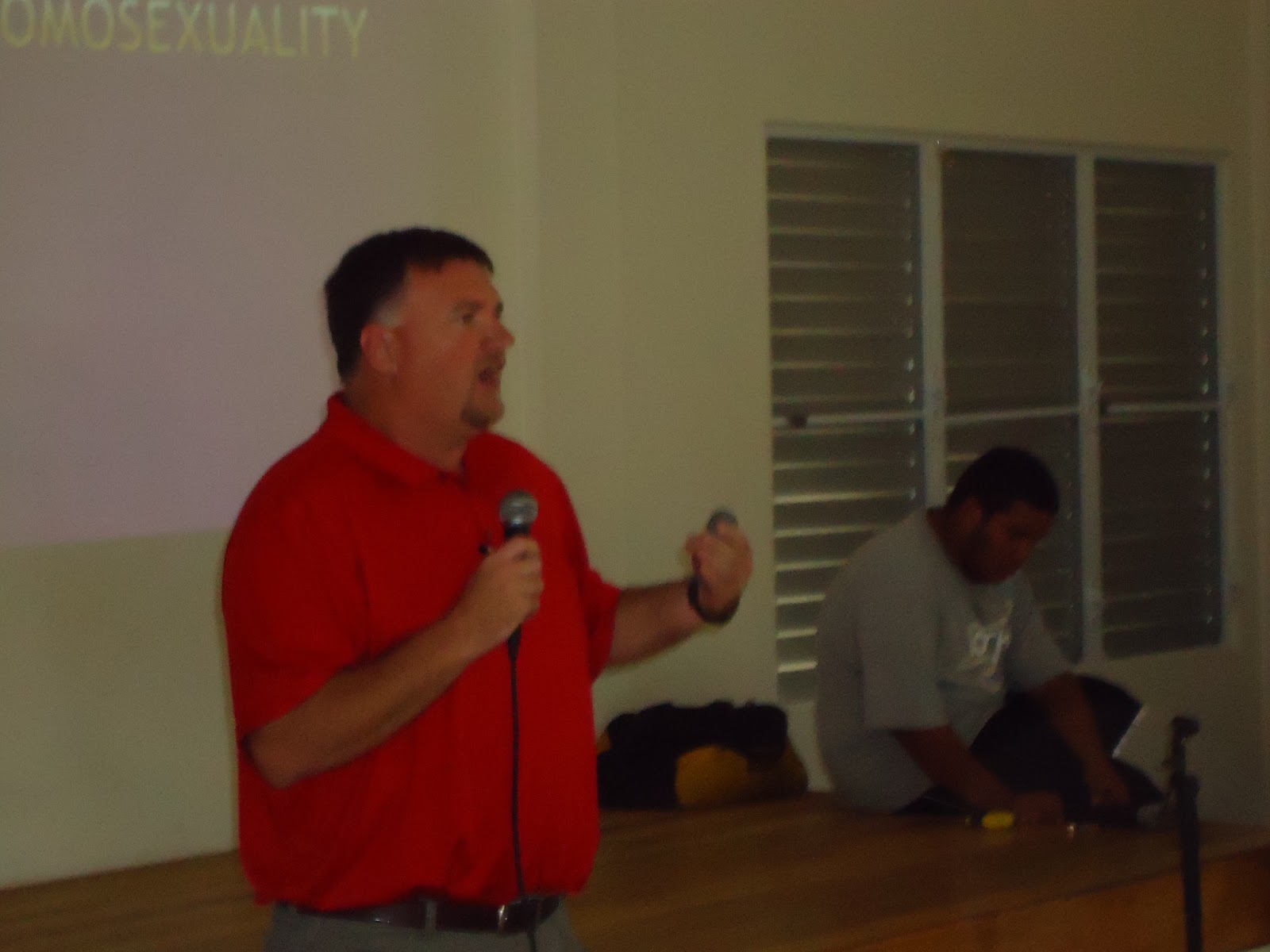 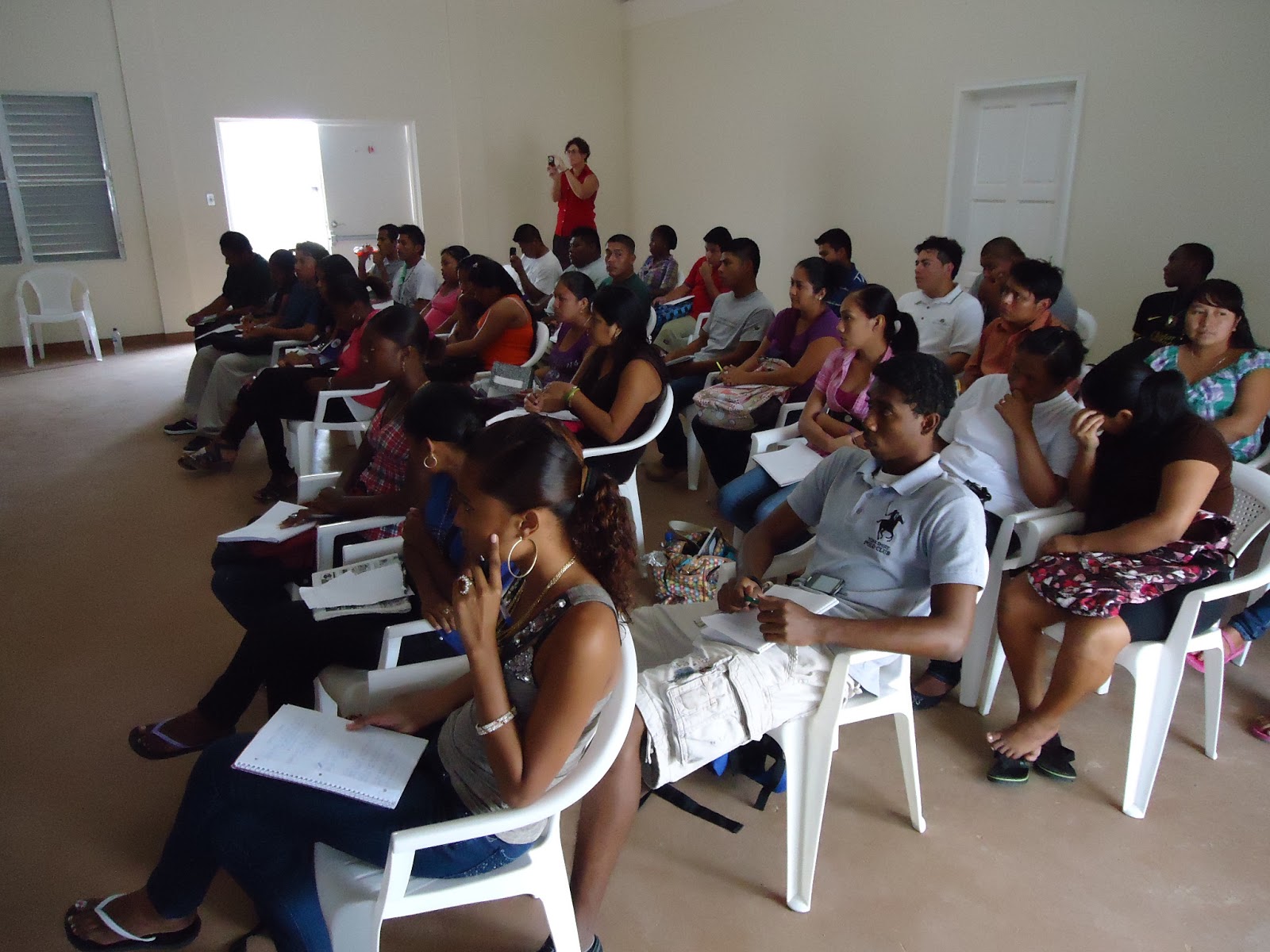 Still, while the experience was a good one that allowed democracy to operate in a structured  way, the fight is on to reveal how American Christian rights is inculcating Belizeans living in rural communities about the rights of L.G.B.T citizens. We see them building social infrastructure of clubs, offering scholarships, prayer events etc at the main campus at the University of Belize. We also see this is complemented by social infrastructure in the Caribbean, but of legal minds, to undermine the fundamental rights and freedoms of L.G.B.T citizens in the Caribbean. Sensitizing lawyers and judges about the "True Human Rights!" In fact, while the vilification of the community has lessens, the work to deconstruct the population into sexual being remain insidious. Learned from a news story in channel 7 posted online 30th August, 2012  about the Domestic Banking and Financial Institution legislation that  it has language to this effect:

“an individual person, a wife, husband, or other individual with whom the first-named natural person is engaged in an ongoing conjugal relationship, whether common-law union as defined by section 148 (D) of the Supreme Court of Judicature Act, or not and whether or not the two persons are living together.” (source: http://edition.channel5belize.com/archives/752750)


For us, such wording while encouraging, does nothing to advance a ruling on section 53, but only stirred a separate discussion around sexual orientation in legislation which we are not prepared to discussed until section 53 process is over. This was not the only divergent issue, but Health and Family Life Education was also an issue that was conflated with section 53. They sought to get the teachers manual out of the education system and eventually, the Ministry of Education capitulated to the media pressure on PlusTV. This was announced on September 13th, 2012. Never mind, the manual speaks to sexual abuse, domestic violence, nutrition among other things to address life-skills shortages. A meeting was eventually held with the National Education Council to review the recommendations of Luis Wade and his so called technical crew that was reported to include:


We have since counter with a policy paper, building a quiet coalition and engaging civil society to response. Our representatives is on going and we await further word of what is going on regarding the review. When I spoke to certain H.F.L.E officers, they said they heard talk of closing the unit. This in my mind would have cost people their jobs. The conclusion of this issue is ongoing